Ever wondered what the JnNurm sticker on city buses you see in Bangalore mean? Initially I thought it to be a technology or brand name of Volvo. Only when I found it on Tata Marcopolo buses also did I put some thought on it. Many would be surprised to know that JnNurm stands for Jawaharlal Nehru Urban Renewal Mission, a government of India initiative. The logo is too fancy to think of or even believe if it is some thing to do with the government (no Ashoka’s tigers!)

Jawaharlal Nehru National Urban Renewal Mission is a massive city modernization scheme launched by Government of India. It envisages a total investment of over $20 billion over a period of 5–6 years. It is named after Pt. Jawaharlal Nehru, the first Prime Minister of Independent India. The scheme was officially inaugurated by the Prime minister, Dr. Manmohan Singh on 3 December 2005 as a program meant to improve the quality of life and infrastructure in the cities.

Need for Urban Sector Development: According to the 2001 census, India has a population of 1027 million with approximately 28per cent or 285 million people living in urban areas. As a result of the liberalization policies adopted by the Government of India is expected to increase the share of the urban population may increase to about 40 per cent of total population by the year 2021. It is estimated that by the year 2011, urban areas would contribute about 65 per cent of gross domestic product (GDP). However, this higher productivity is contingent upon the availability and quality of infrastructure services. Urban economic activities are dependent on infrastructure, such as power, telecom, roads, water supply and mass transportation, coupled with civic infrastructure, such as sanitation and solid waste management.

Investment Requirements in the Urban Sector: It is estimated that over a seven-year period, the Urban Local Bodies (ULBs) would require a total investments of Rs. 1,20,536 crores. This includes investment in basic infrastructure and services, that is, annual funding requirement of Rs. 17,219 crores. It is well recognised that in order to fructify these investments, a national level initiative is required that would bring together the State Governments and enable ULBs catalyse investment flows in the urban infrastructure sector. 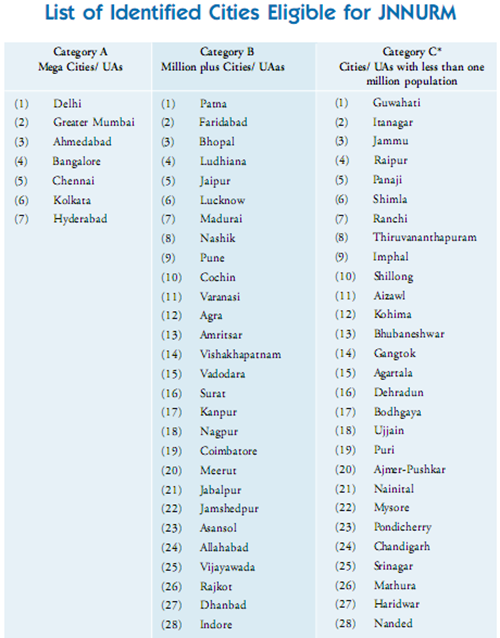 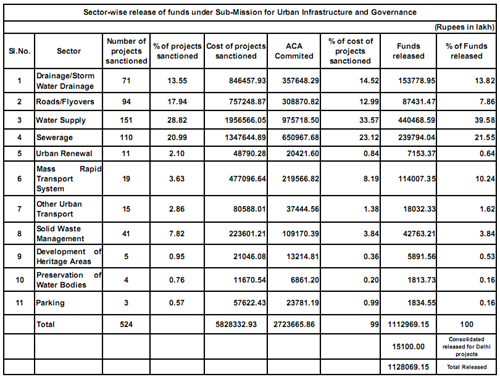